Big Mike, April 6th, 2019
Big Mike was a huge Scotsman. He was about 6’6” tall with red hair
and weighed at least 260 pounds. Though he soon lost twenty
pounds of that to dysentery. Mike was the electrician on the movie
set in Belem, Brazil in 1990. Mike had driven his semi-truck with the
generator all the way from Rio de Janeiro through the rain forest
and over the rivers on ferries and bridges to arrive at Belem for the
movie production.
Big Mike was also very smart. He picked up Portuguese like a
napkin. He spoke it fluently. We became friends as I was the aircraft
mechanic for the plane used in the movie, so we had that
mechanical connection.
Big Mike liked the local girls and they liked him. Well, without going
into details; I knew the situation.
Big Mike was the one to tell me, “Don’t trust these Brazilian
condoms. They break!”
Big Mike also told me that he’d bought a gun on the black market
(guns were outlawed for citizens in Brazil), and Big Mike suggested
that I buy a gun as well, along with the ammo of course.
Big Mike and I would have a few drinks together at the end of a long
day at the Belem Hilton at the open air bar on Avenida Presidente
Vargas. The hookers were across the street in the park. Big Mike
knew all of them and would shout at them in Portuguese various
things which made the girls laugh.
We were only given Sundays off on the movie shoot. One Sunday I
came back from my girlfriend’s house to the hotel and met Big Mike
in the bar.
Big Mike told me what had happened to him that day.
Big Mike: “I was up in my room with a hooker and we had the usual
afternoon of frolicking. Then I fell asleep from my exertions. When I
woke up, there she was, naked, going through my pants’ pockets!
I got up in a fury and grabbed her. She was only 5’2” or so. I carried
her out to the little deck (Oh, it was a tiny deck only five feet across
and maybe two feet deep with a little metal railing. I was always
afraid to stand on the thing).
I held her up by her ankles and dangled her over the edge of the
railing. You should have heard her scream! (Big Mike’s room was on
the 14th floor).
The stewardesses down at the pool in their denti flossi thong bikinis
looked up to see the show. The bartender at the tiki hut bar by the
pool came out to see, too.
Well, I held her there for awhile and then hauled her back in the
room and threw her out the door, naked.”
This conversation convinced me of many things. Of course I already
knew that pretty much anything goes in Belem, Brazil. But it
reinforced my opinion that hookers, though they always did it for
love and just “cab fare home”, Big Mike’s description: were off
limits.
Also that Big Mike was a bit crazy and care should be taken in his
presence.
Those Scots…
My favorite line from Big Mike was, “I was watching the Varig Arline
stewardesses by the pool in their denti flossi thongs and my tongue
got hard.”
Tim McGraw 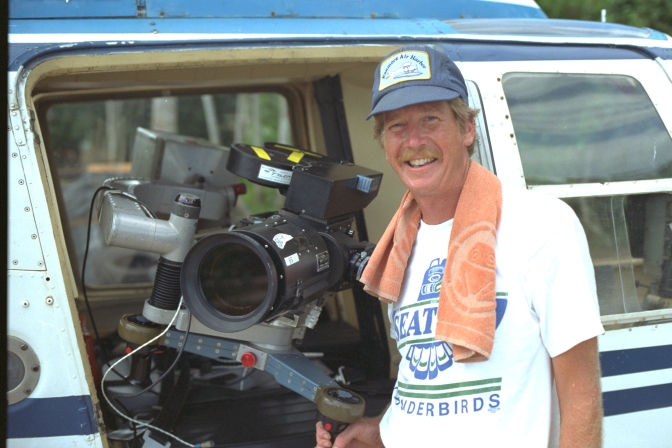 One thought on “Big Mike”