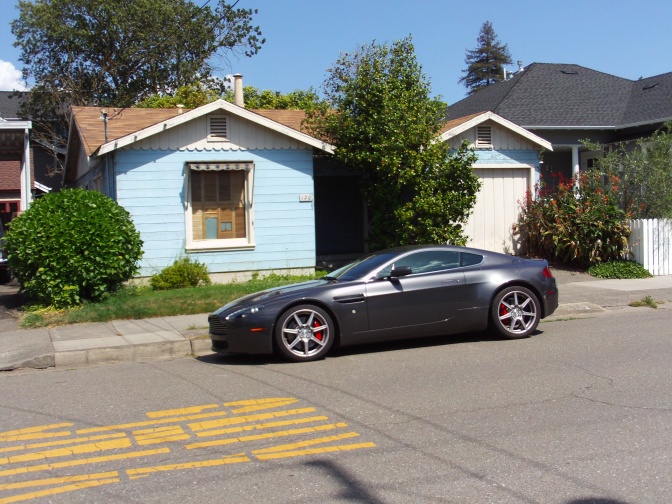 Our Neighbor Barry, Oct. 5th, 2019
“Will you be my neighbor?” Mr. Rodgers.
Well, I wonder if Mr. Rodgers would ask that of our neighbor Barry.
For twenty years my wife and I have been dealing with Barry our next door neighbor.
For a decade or so Barry would play his trombone at all hours of the night in his blue
shack.
Barry has Asperger’s Syndrome, or something. He is 76 now and wearing overalls and
Hawaiian shirts. He’s gotten lazier. He spends his nights a block up the street at his
sister’s house. He never takes care of his yard. He wakes up at 4 PM, drives down here
to get his newspaper, and goes to Safeway for his sandwich and Coke.
Four years ago or so Barry was banging on our front door, which he is wont to do;
because his dog had gone missing. He asked me at 4PM to come next door to Barry’s
house and find his dog.
The dog had dug under the fence and escaped. But as I walked through Barry’s blue
shack, I saw books stacked to the ceiling in the front room, with an island of books in
the middle. In the kitchen were laid out 15 bowls of cereal with spoons at the ready on
the counter.
Last year Barry’s sister and her galumphing husband in his Panama hat called 1-800
JUNK and all the books and other crap in the blue shack were hauled to the dump. It
was a fire hazard, or as one of the kids hauling away the literature said, “The damn
things damn near fell on me.”
It took two trucks and if I overheard right, about $3,000 to clean up the place.
But Barry and his sister and brother-in-law; the galumpher, still drag their wheely
garbage bins across our carport every weekend. They wheel them up the street to the
red headed sister’s house. And then they wheel them back.
Oh, I should describe the sister. She’s also in her seventies and has a bright red pony
tail of hair. She wears dresses and outfits from the 1930’s. Donna is nice and tries to
take care of her brother Barry, but of course her husband would just as soon see Barry
underground.
We are going to put up a fence between our carport and Barry’s blue shack and end
this madness. Let the neighbors live in their own crazy world.
This is also how I feel about “foreign policy.”
Too many Crazy Trombone Barry’s out there to count.
TJM

PS: That is NOT Barry’s Aston Martin DB 11 in front of his shack.