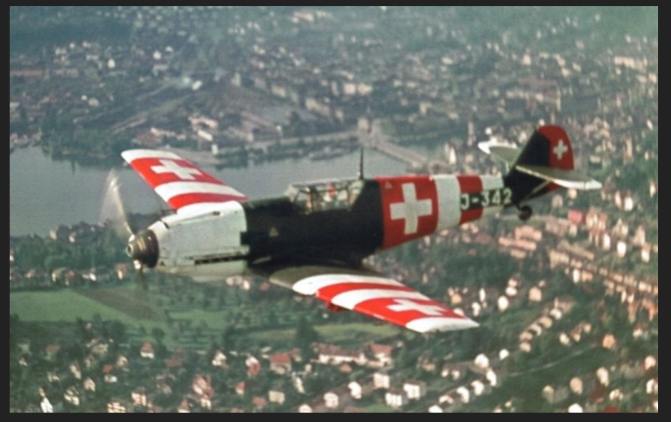 The Swiss, Feb. 3, 2020
The Swiss have the highest per capita income on Earth. The Swiss
have money.
I’ve had some dealings with the Swiss. A friend here in town comes
from Switzerland. He’s a painter and charges much for his work.
Nothing wrong with that. His father was a mailman in Switzerland.
He had a nice pension and lived a very long life. The Swiss tend to
live longer than most.
And the Swiss are frugal and pragmatic. In WWII they shot down
both Allied and Axis aircraft (using German ME-109 fighters.) Allied
bombers often bombed Swiss towns by mistake. The Swiss were
protecting their airspace.
I remember the story about a driver in Switzerland driving up to a
farmhouse and asking the owner, who was sitting on the porch, how
to get to some nearby town.
“If you don’t know how to get there. You shouldn’t be on the road.”
Was the Swiss farmer’s reply.
Decades ago my father worked for a company in the Midwest that
was bought out by the Swiss. The Swiss fired all the top
management and put Swiss in charge. My parents had the new Swiss
CEO over to our house for dinner. Oh, that Swiss was nice enough.
But Dad had to find a new job.
Later on my Dad worked for another pharmaceutical company that
had dealings with Switzerland. Dad flew there to find out how to
have the company’s drugs licensed in Switzerland.
“Well, does your drug come in a suppository?” The Swiss asked.
The Swiss like taking their drugs anally.
And of course they are a very anal people.
I’m not a big fan of the Swiss. But I understand their point of view.
TJM