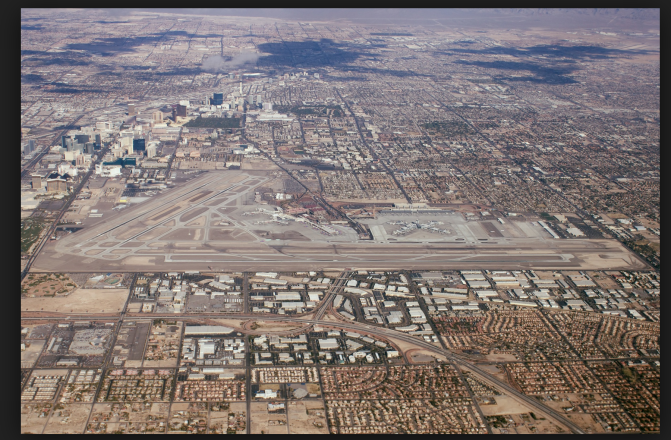 Leaving Las Vegas, May 5th, 2019
Ahh, today is Cinco de Mayo, I just realized it, how funny. Well, after
75 hours of travel, dawn golf, poker tournaments, betting on the
Kentucky Derby horse race, dinners, jokes, stories, and lotsa laughs
with 11 other Midwesterners in Las Vegas; one gets distracted.
It was the 28th Father/Son Golf Tourney event for us. Time flies by
and Las Vegas changes and yet remains the same. Dreamers and
schemers every where you go.
We take solace in the golfing at Bali Hai Golf Club. It’s literally an
oasis in the desert just two blocks south of our hotel on the Las
Vegas Boulevard (Strip).
The staff at the Four Seasons Hotel atop the Mandalay Bay Hotel, are
great. They know us now by name and reputation.
From our rooms atop the Mandalay Bay we can see the killing field
of the Las Vegas massacre. It’s an empty lot, but the blood stains are
still there. One can also see the shooter’s room just down there
below on the north wing of the building.
You can also see the antique Boeing 737’s that fly constantly from
Las Vegas up to Area 51. So busy the parking lot for the employees
that board the planes they all are. So many secrets they keep. And in
the middle of a gambling, wedding, dreamland it is. How odd, or
perhaps not.
Leaving Las Vegas I’m always exhausted after all the fun. I have to
get up at 3:30 AM so that I can catch the first or second plane from
LV to San Francisco International Airport (SFO). Because if I don’t
and wait for a later plane (United Airlines flies a plane every hour or
less between SFO and Las Vegas), the Air Traffic Control (ATC) at
SFO delays or cancels flights from Las Vegas to make room for other
more important flights. If a bird shits on a runway at SFO they close
it.
It’s only an hour and ten minute flight from LV to SFO so, the ATC
in SFO makes the planes in Las Vegas sit on the tarmac for hours.
But if you catch the early plane or two, you beat the crowd into SFO
and it is happy trails.
The Las Vegas airport on a Sunday morning at 5 AM is crowded with
people. They lug their luggage on wheels and on backs as they walk
through the huge new terminal 3. Security was a breeze for me with
TSA PreCheck. They even let me keep my hat on. Ha!
But I worry about the people I see at the airports, and in the casinos
in Las Vegas for that matter.
They are poorly dressed and their manners come and go. They seem
confused to me. They aren’t sure what to do.
This is just my opinion.
Getting in the elevator at the Mandalay Bay/Four Seasons is always a
crap shoot. Sometimes its a bunch of sunburned drunks in swim
suits. Sometimes its a funny bunch of well dressed women going out
on the town. Dad always gives them green lit shamrock necklaces
and tells the usual jokes;
“100 years of good luck.”
“When your shamrock’s light goes out. Go home.”
“Just one of my dirty old man tricks.”
Most of the women laugh at my Dad’s jokes. Some don’t quite get
them (Asians mostly).
And there are always the women with their dogs. (Two dog
maximum at the Four Seasons.)
“What a ferocious looking dog that is.” My Dad would exclaim about
some little lap dog.
That always brings a smile.
Ah, but then one has to leave Las Vegas and go through McCarran
Airport.
If you want to understand America and Americans, just spend a day
at McCarran.
And there are plenty of foreigners there, too. Lots of Chinese I see
about with there red passports clutched tightly in their hands. They
wear gauze face masks and don’t understand the boarding order for
the airplane.
Americans are friendly. If you give a bit of kindness to them, they
will respond in kind. A man asked me if I wanted his seat in the
waiting area today. Lord, do I look that old?
The woman behind the counter at Gate D55 has been working at the
Las Vegas airport for decades. I recognized her. She’s a short curly
haired white woman who used to have red hair. It is now gray.
I asked her to change my flight from first class on the 6:40 AM
flight to SFO to the first flight out of Las Vegas at 6:00 AM at gate
D55. She did so again (I’ve done this before). And she gave me an
Economy Plus seat on the aisle, again.
I thanked her.
Perhaps I should have said more.
More Americans than people think, are hard working, kind, and they
care. They aren’t all druggy homeless bums or politicians or
wankers in Hollywood & Wall Street.
And it bothers me that these hard working Americans are dressed
like bums and not respected by the power elites. The elites don’t see
what I see at the airports. The elites travel by private jet.
And don’t get me going on the inefficiencies of the SFO airport.
Bureaucracy at its worst.
Well, that is how one leaves Las Vegas for SFO.
Tim McGraw 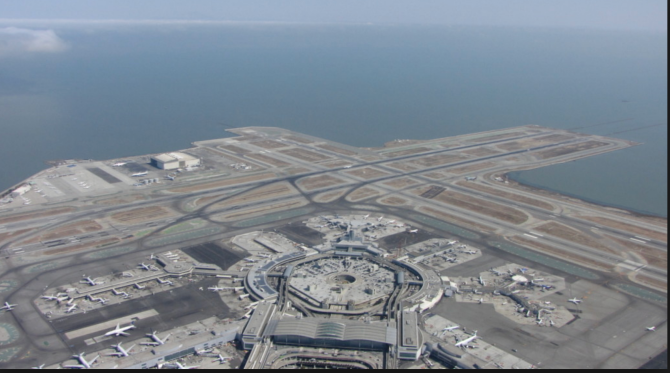